This column appeared on Broadsheet.ie on October 14th in the aftermath of the Johnson/Varadkar meeting at the Wirral to discuss Brexit. The two men were said to have spoken in private for 90 minutes without officials or advisers present. Did those talks focus on the specific details of the Irish border arrangements or were they more political?

Visitors to the Lyndon Baines Johnson (LBJ) presidential library in Austin, Texas get to have their photos taken against a life size photo of the 6’ 4” LBJ leaning over them, appearing – figuratively – to bend them to his will. It is called “The Johnson Treatment”.

The original photo featured LBJ’s soon to be US Supreme Court justice Abe Fortas. It is just one of many photos of LBJ applying the eponymous “treatment”, once described by the pre-eminent Washington political columnist, Mary McGrory, as “an incredible, potent mixture of persuasion, badgering, flattery, threats, reminders of past favours and future advantages.”

In a fascinating interview at the John F Kennedy library, LBJ’s speechwriter (and husband of the great presidential historian Doris Kearns Goodwin), the late Richard Goodwin tells how LBJ worked his “treatment” on the segregationist governor of Alabama, George Wallace after the Selma marches. Wallace had come to the White House, Goodwin recounts: END_OF_DOCUMENT_TOKEN_TO_BE_REPLACED

This column predated the meeting between the Taoiseach and the British Prime Minister. Here I look at what is behind the Brexiteer’s obsession with getting rid of the Backstop (be it Northern Ireland only or UK wide.  It first appeared here on Broadsheet.ie on October 7th.

Opening his Sunday morning BBC1 show yesterday, Andrew Marr wondered if Boris Johnson’s cunning Brexit plan was to pretend that he has a cunning plan to cover the fact that he doesn’t have a cunning plan.

Mr Marr has a point. Most of Johnson’s cunning plans have thus far failed. His ruse to prorogue parliament was demolished by the Supreme Court, and he has still to win a single vote in the House of Commons. He entered Downing Street at the head of a government with a majority (via the DUP) of one. Now, thanks to his handling of the grandest of the Tory grandees, it has a majority of minus 42.

Yet, despite these failures and setbacks, Johnson is doing well in the polls. The Tories now enjoy a steady lead over the Labour party of anywhere between 7% and 13% (YouGov polling). As with John F Kennedy’s handling of the Cuban missile crisis, it seems that the worse he does, the more popular he gets.

This is Johnson’s cunning plan. A speedy election putting the Tories back with a solid majority, no longer dependant on the DUP and ERG. Johnson believes in nothing as deeply as he believes in his destiny to lead.

END_OF_DOCUMENT_TOKEN_TO_BE_REPLACED

This article first appeared on Broadsheet on September 10th 2019

Boris Johnson came to call on us, He wanted to tell all of us, Brexit won’t put a wall ‘round us, it’s frictionless.

Not so, says Leo back to him. We’re waitin’ for some facts from ‘em, So it’s the Backstop we’ll be backing then, Athena.

If you listen closely you can just hear the ghost of George Hodnett groan at the thought of his comic folk song “Monto” having my pitiful new verse inflicted upon it.

Nonetheless, commemorating the visit of the reigning contender for the twin titles of worst and last ever UK Prime Minister to our fair city, in verse does somehow seem appropriate.

END_OF_DOCUMENT_TOKEN_TO_BE_REPLACED

This article first appeared on Broadsheet.ie on July 30th, 2019. Any optimism that existed in my previous article from a week before was, by now, gone 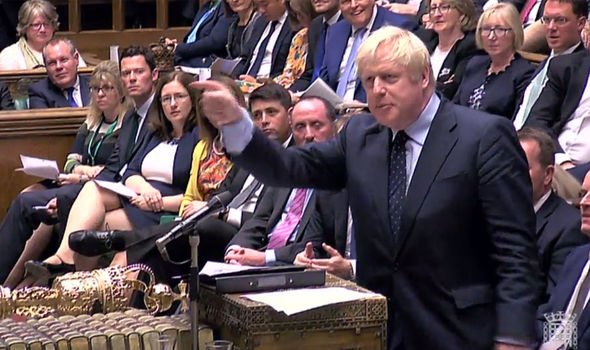 This day last week Boris Johnson became the new leader of the Tory party. Profiling him here I described Johnson as the incoming Prime Minister of the slowly disunifying United Kingdom.

A few days later the SNP leader at Westminster, Ian Blackford MP, described Johnson in even starker and bleaker terms hailing him as the last Prime Minister of the United Kingdom.

Comments over the last few days suggest that Blackford may well be close to the truth.

Last week I hoped that Johnson might use his admiration for Churchillian rhetoric to define – for the first time ever – what Brexit means.

Johnson had a very small window in which to set out a deliverable form of Brexit and give Britain a transition period during which it could have the best of both worlds. It would be fully out of the political and administrative institutions of the European Union. Out of the Parliament, the Commission and the Council, but would still have the economic benefits of membership while it negotiated the terms of its future arrangement.