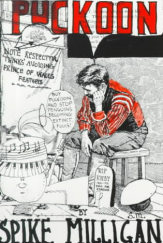 This is my Broadsheet “Mooney on Monday” from Monday piece from June 27th on how the Irish Government (and politicians) must act in response to the UK’s Brexit vote.

There is a new (though not uncritical) pro-EU majority across the island that should be encouraged and fostered via a re-establishment of the Forum on Europe. There must not any a return of form of border across the island.

For as long as I can recall it has been a central tenet of Unionism that the status of Northern Ireland should not change without the political consent of the majority of the people living there.

Yet, that it precisely what is set to happen over the coming years, with senior members of the DUP cheering it on

Despite the fact that a clear majority – some 56% – of the people of Northern Ireland who voted, including large numbers from both traditions, stated that they wanted to remain in the EU, their wishes are about to be ignored. It seems that a majority in the North is only a majority when the DUP is a part of it.

Thursday’s referendum result has changed things dramatically for the North and for the whole island. There will be the immediate implications, including many of the ones for which the Government has prepared, as set out in its contingency plans published last Friday.

But there are others, two of which I would like to set out briefly here.

First, is the integration of the economic interests of communities across this whole island. As the SDLP leader Colum Eastwood has said:

“…there can be no return to a physical border across this island. There must remain freedom of movement for people, goods and services across Ireland… we must ensure that any border is only operational around the island of Ireland, not across it.”

This last point is vitally important. Though the Brexiteers, including the Secretary of State for Northern Ireland, Teresa Villiers, dismissed any suggestion of implications for the border during the campaign, it is clear that there will.

If and when the UK eventually leaves the EU that border would potentially become a frontier between an EU State and non-EU State. This is ominous as the EU is already looking at ways of increasing security at its external boundaries, as evidenced last week by the European Parliament’s LIBE committee vote to “systematically check all EU citizens entering or leaving the EU”

There is an overwhelming economic, social and political case against resuscitating the 499km border between the two parts of this island as an international boundary. We have not spent decades of painstaking negotiation to break down barriers for them to be risen higher by a battle for the leadership of the Tory party.

The EU has been an important, though unheralded, part of the peace building process. Between 1995 and 2013 the EU spent €2 billion on promoting reconciliation in Northern Ireland and the border counties. But it has done more than that. It has provided a supra-national cross border framework and support that has avoided any major policy cleavages across this island.

Rather than having the EU border across this island, let it run around the island with the customs and border controls sensibly located at ports and airports.

But we need to go further. We need to recognise that despite differences in identity, that Northern Ireland has and will continue to have a great deal of economic and social common interest with the Republic. To give expression to this common interest the Irish Government to needs to fashion an all-island EU strategy and use its seat at the Council of the European Union to champion the interests of Northern Ireland, particularly the border regions, along with the interests of the 26 counties.

The government should start reaching out now to civic society across the North to become its connection to the EU and should formalise these relationships, perhaps initially through re-establishing the Forum on Europe on an all island basis.

Second, is the loss of the UK as a valuable EU ally. In two or three years’ time we will no longer have the UK to help us act on a brake on EU measures of which we disapprove. Given our similar structure and similar outlooks, in the area of social dialogue for example, our two governments have – regardless of political hue – worked together. During the recent discussions on the introduction of an EU wide system of Data Protection, Ireland and the UK worked together to make significant and sensible changes.

But the UK has opted to go and so we need to look for new allies. We need to look to the smaller EU states who would share our concern at the excessive influence of the larger states, but also to the other like-minded nations on these islands. To this end an Taoiseach should be reaching out to Scottish First Minister Nicola Sturgeon in the coming weeks to see how Ireland and Scotland could work together in our mutual benefit as the fate of the UK, Scotland and Northern Ireland in the EU unfolds.

Enda may have no choice but to start talking with Nicola Sturgeon, as she seems to be the only leader on the neighbouring island with anything even approaching a plan for the future.