This analysis piece first appeared on Broadsheet.ie on December 16th 2019. Here I consider the lessons fron the Tory’s big win in the UK general election and how very little of what happened there should or could play well in an Irish general election. 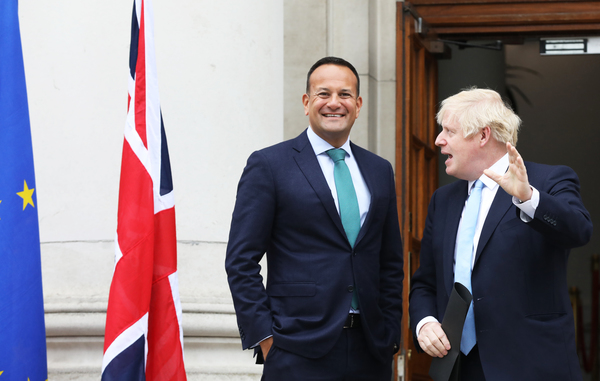 Buchanan’s problem with the 1992 Democrat convention, and its selection of new-comer Bill Clinton as nominee, was that it wrecked Republican plans to paint them as liberal and disconnected. Instead of going to the radical left as Buchanan and President Bush (1) had wanted Clinton moved quickly to the centre and reached out to the working-class voters who had backed Reagan at the two earlier elections.

Desperate to save the Bush strategy, Buchanan was now trying to claim that the Democrats were still fundamentally liberal (a dirty word in American politics) and were only “dressed up as moderates and centrists” to fool the voters.

END_OF_DOCUMENT_TOKEN_TO_BE_REPLACED

This column first appeared on Broadsheet on Nov 4th, 2019 and looked at the weekend Fine Gael digital attack on Fianna Fáil which backfired badly and ended weak. 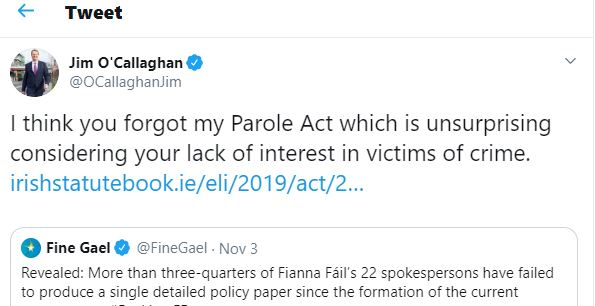 Being active on social media is not the same as being good at it. This is something Fine Gael learned yesterday morning.

At 9am it launched a digital attack claiming Fianna Fáil is not producing policies. Pretty basic stuff from a party in government, you’d have thought. Hard to screw that up. Attack the main opposition party for not doing enough. Claim they are just criticising you, trying to score points and acting like an… well… an opposition.

To be fair, Fine Gael got most of the basics right. They produced a decent digital video, loaded with graphics and charts and pumped it out across social media platforms. They backed it up with a press release in the name of Colm Brophy TD, hoping that the following day’s print media would pick up on it.

So far, so meh… yet, within barely an hour their digital campaign was not just misfiring, it was backfiring and going down in flames.

END_OF_DOCUMENT_TOKEN_TO_BE_REPLACED

This column appeared on Broadsheet.ie on Sept 17th 2019 and followed the latest Red C poll which showed the two main parties neck and neck and on a combined total of 57%. At the 2016 general election the two parties were also 1% apart, but on a combined total of just 50%. I have thought for a long while that the two parties combined will poll around 60% at the next general election and, right now, I would predict Fianna Fáil to pull ahead of Fine Gael by anywhere between 2% and 4% 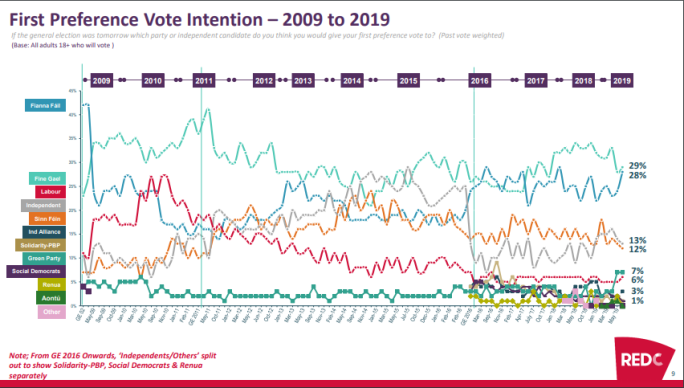 Conventional political wisdom used to say that the parties in government welcomed long Dáil recesses. Not only did they free Ministers up from having to hang around Leinster House answering awkward questions, on and off the record, from smartass opposition TDs, irritating journos and panicking backbenchers, they were a time for the government parties to get back on message and hopefully get their poll numbers up.

The idea was that Dáil sittings broadly tend to favour the main opposition parties when it comes to opinion polls, as their insolent haranguing of the Taoiseach is featured nightly on the TV news. Dáil recess means no Dáil TV coverage and no Dáil TV coverage means less of a platform for the opposition to catch the news cycle.

The high visibility, and audibility, of the Taoiseach over the summer would suggest that his team subscribe to this wisdom. He was seen to be out and about. His appearances at the Kennedy and MacGill Summer Schools and the West Belfast Féile an Phobail went down well.