This column first appeared on Broadsheet on January 4th and looks at the contrasting approaches that both Taoiseach and Tánaiste appear (from their public comments, at least) to the possibility of a reshuffle of their ministesr when the government mid-point/turnabout comes next December.

Political commentators hailing a minister who was on maternity leave for half of 2022 as their politician of the year tells you a lot about the state of Irish politics.

Not that I particularly object to their choice of Minister Helen McEntee. Her absence from the cabinet table at a challenging time did nothing to diminish her public profile, while the positive media treatment of her return, did much to enhance it.

Minister McEntee is one of the few recognisable names and faces around the Cabinet table. She has become a political figure in her own right, albeit one who is still untested – a point I made here last February.

This is not something you can say about all her colleagues. While some do stand out as individuals with thoughts and ideas of their own, most come across as either politically shapeless or just innocuous. Mercifully the Taoiseach and Tánaiste have not required certain ministers wear nametags at meetings, if What’s My Line ever returns to our TV screens, the panel would have some trouble discerning precisely what the Minister for Children or the Minister for Agriculture do for a living. END_OF_DOCUMENT_TOKEN_TO_BE_REPLACED

This column appeared on Broadsheet on Oct 21, 2019. This was in the days following the Dáil #VoteGate saga and in this piece I suggested that the Dáil temporarily abandon electronic voting for the rest of this session – up the next general election – and hold all votes by way of divisions as a first step in reassuring voters that votes are conducted fairly and that the people who are supposed to be in the Chamber and voting, truly are.

During the Tory leadership election the YouGov polling organisation did a survey of Conservative party members to ascertain the importance of Brexit to them.

It Specifically asked how many of them would continue to back Brexit even if it meant the last of Scotland and/or the last of Northern Ireland. Remember these are paid up members of the British Conservative and Unionist Party, the clue should be in the name.

The results were surprising, though not disheartening when viewed from Dublin or Edinburgh. Almost 60% said that they would happily see Northern Ireland or Scotland leaving the union if that was the price of Brexit. They marginally preferred seeing Scotland go (63%) over Northern Ireland (59%). Cold comfort for the DUP after a weekend that saw it unable to persuade one single Tory MP to stick by it.

Since Johnson has come to office it seems that he has viewed this polling result less as an indication of the current state of mind within the Tory party and more as a goal for which to aim. Though – like the few things Johnson has succeeded in doing since becoming Prime Minister – it is better that he thinks he is saving the Union, as he usually manages to deliver the opposite of that which he set out to do.

END_OF_DOCUMENT_TOKEN_TO_BE_REPLACED

This column on the perils of the “Money Message” first appeared on Broadsheet.ie on Feb 19 2019

“There are two things in the world you never want to let people see how you make ’em: laws and sausages.”

If my memory and a OneDrive word search are both right, this is the second time I have used this beloved Leo McGarry West Wing quote to illustrate a point. The first time was at the end of March 2018.

Back then, I was bemoaning this minority government’s blatant contempt for Dáil decisions with which it disagreed and was especially irked at how it was treating James Lawless T.D.’s Online Advertising and Social Media (Transparency) Bill 2017 and the various opposition amendments tabled to Shane Ross’s awful Judicial Appointments bill.

This time… well, it’s the same thing, only slightly different.

END_OF_DOCUMENT_TOKEN_TO_BE_REPLACED

This is my most recent Broadsheet.ie column – it appeared on Monday September 4th – you can view the original online here 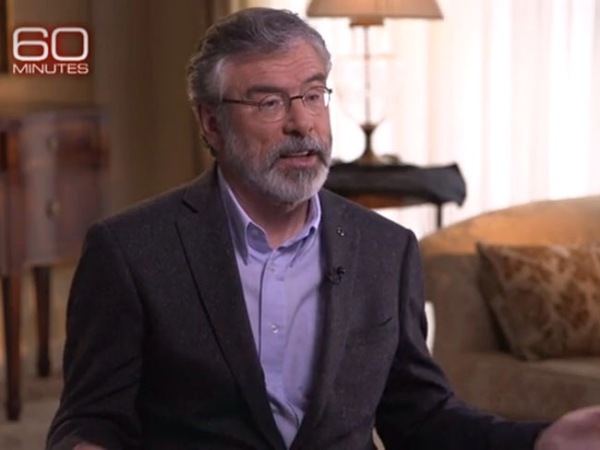 Much to his own delight Gerry Adams was once again grabbing the headlines last week. Ignore the fact that they were not the headlines that other political leaders would relish – for Adams, a headline is a headline, even if it contains more than a whiff of cordite.

It came on foot of the furore following Adams telling his local LMFM local radio station that jailing the provo murderers of the innocent Co Louth farmer, Tom Oliver, would be “totally and absolutely counterproductive”.

It was an outrageous statement to make, only made worse by Adams added assertion that the 1991 crime was “politically motivated killing”. It was not.

END_OF_DOCUMENT_TOKEN_TO_BE_REPLACED

This week’s Broadsheet column was a defence of the oft criticisied Summer School season and an argument for more policy Irish think tanks, for for a Fianna Fáil aligned one in particular. Original column online here: Broadsheet.ie

At around 4.20pm on Friday last Dáil Éireann adjourned for the Summer recess. It is due to return at 2pm on Wednesday September 20th.

Cue the usual hollow complaints from the commentariat over TDs holidays and short Dáil sessions, with a few harrumphs from the Brussels side-line courtesy of Fine Gael MEP, Sean Kelly who tweeted that the EU parliament’s holiday will be 4 weeks shorter.

If this Dáil was actually processing legislation, especially the range of halfway decent Private Members Bills coming from backbenchers across the House, then there may be a basis for complaint. But, it isn’t.

To be fair, it is not as if TDs and Senators are about to head off to the Maldives or Marrakech. The Seanad is sitting this week, as are several Oireachtas committees, and they will take a shorter break than the Dáil and return earlier – and before you sigh that the committees don’t count, bear in mind that Sean Fleming’s Public Accounts Committee will be launching its report into the financial procedures at Garda College, Templemore at 2.00pm tomorrow.

END_OF_DOCUMENT_TOKEN_TO_BE_REPLACED

This is my Broadsheet.ie column from last week, published before today’s Sunday Times/B&A poll showing FG on 29% and FF on 30%. This joint level of support of 59% is a positive, particularly for FF and suggests it has scope to get its average showing back into the low 30s.

Well, that didn’t seem to last too long.

Yesterday’s Sunday Business Post/RedC poll showed Fine Gael’s lead over Fianna Fáil closing by 5pts: from 8% in late May to down to just 3% now) This suggests an abrupt end to the Varadkar honeymoon.

I stress the word “suggest”. While the RedC poll puts Fine Gael on 27% and Fianna Fáil on 24%, another poll, taken exactly two weeks earlier by the Irish Daily Mail/Ireland Thinks put Fine Gael on 31% and Fianna Fáil on 26%. While it is possible that Leo’s less than adroit handling of events over the last two weeks may have shaved 4pts off his halo, it would be folly to try to conclude that from the results of two separate polls conducted by two different companies and taken at two different time periods.

What you can do, though, is track and compare the results from one individual polling company over a period of time. Fortunately, Red C does that for you via its handy online live-polling-tracker. Here you can find the results from the 10 polls conducted by Red C over the past year.

END_OF_DOCUMENT_TOKEN_TO_BE_REPLACED

This column is from two weeks back (July 3rd, 2017) and is both a guarded defence of the political party system and a warning of the dangers of the constant desire of the hard left fringe parties to take politics out on to the street.

It is said that France has the only “tricameral system” in the world – the National Assembly, the Senate and the Street – but history and experience shows that the Street has always been the biggest hindrance to reform. Origianl column online here: www.broadsheet.ie/who-would-want-to-be-a-td/

Who in their right mind would want to become a T.D.?

The pay is good, the perks are decent and the scope for promotion (career and ‘self’) is none too bad either, but can these incentives really outweigh the forfeiture of a private life, never mind the ongoing press, public and social media opprobrium whenever you express an opinion?

Shouldn’t politics be a vocation, not a career path?

The problem with that view is not just that it is naïve, it is that it simply won’t work. Try it and we end up with a Dáil full of only those who can only afford to be there by virtue of their profession, their families’ money or simple “pull” – by the way not all of them would be on the right, a fair few would also come from the comfortable left, but that’s just an aside.