This column first appeared on Broadsheet.ie on October 5th and follows the publication by of the review into Mr Justice Woulfe’s attendance at the infamous Clifden #golfgate event. The review included a transcript of the interview Mr Woulfe had with the author of the review, the former Chief Justice Susan Denham – I look at some of the juicier remarks made by Mr Woulfe and wonder if these are indicators of his supreme judgement?

An accused youth is slouched in the District Court dock, noisily chewing gum. “Tell him to stop masticating” says the judge to the court officer. Dutifully, the officer marches over to the accused and says: “The judge says for you to get your hands out of your pockets”

Another accused, an old lag this time, is standing in the same District Court dock. “Do you plead guilty or not guilty”, asks the judge. “Do you mind if I listen to the evidence first?” comes the reply.

This joke kept popping into my head as I read extracts from the testimony Mr Justice Woulfe gave to former Chief Justice, Susan Denham. The transcript of his testimony appears as an appendix to Ms Denham’s report.

Ms Denham had been asked to “review” Mr Woulfe’s attendance at the now infamous Oireachtas golf society dinner in Clifden. “Review” appears with inverted commas as Mr Justice Woulfe and his counsel were keen to stress (taking up about 8 of the 140 page transcript) that the process was a review and not an inquiry, an adjudication or a determination of anyone’s rights.

END_OF_DOCUMENT_TOKEN_TO_BE_REPLACED

“The office makes the man” is a phrase heard many times before Bertie Ahern and Enda Kenny became Taoiseach. It stems from the notion that you cannot properly envision someone as a Taoiseach (or Prime Minister or President) until they assume the office, as the trappings of office and the authority that come with role help increase their stature.

Afterall, very few people, apart from Gregory Peck, Martin Sheen or Oprah Winfrey, can truly act and sound presidential without being it.

END_OF_DOCUMENT_TOKEN_TO_BE_REPLACED

This column appeared on Broadsheet.ie on May 18th. While it primarily deals with the ongoing Irish government formation process, it also focuses on the public row that had been rumbling between Fine Gael and Fianna Fáil and culminating in the petulant press Fine Gael statement saying that the talks process was now damaged… damage that seemed to disappear quickly just one day later. So is this process going to result in a three party, but four way coalition*? I still doubt it very much

As I opened last week’s column talking about how virtual quizzes have helped make this lockdown easier to bear, it’s only fair that I give TV a bit of credit.

Not just TV in general, even though it has helped a lot. I am thinking of one new TV drama series in particular. You know it. Whether you follow it in weekly instalments on RTE, or binge watch it online, it has garnered an enormous amount of attention, stretching well beyond its normal time slot. It has given radio phone-in shows across the country plenty to talk and argue about.

Some say it captures the beauty and brutality of courtship and rejection with compassion and feeling. They point to the how the slow, methodical progression of the will they, won’t they narrative hesitantly gives way to the uneasy tensions of the first fumblings of intimacy. The on screen appearance of a few limp dicks has set folks on to social media to rant about a loss of values, nonetheless it has still been the landmark lock-down drama.

But enough about the government formation process, hasn’t Normal People been a great watch too?

END_OF_DOCUMENT_TOKEN_TO_BE_REPLACED

This article was written within hours of Boris Johnson winning the Tory leadership. Looking back on it I am intrigued at how optimistic I was that Johnson would avail of the opportunity to define Brexit in terms that were deliverable for the UK. I see that I concluded saying that the following days would tell a lot. Regrettably they did and none of it was good. 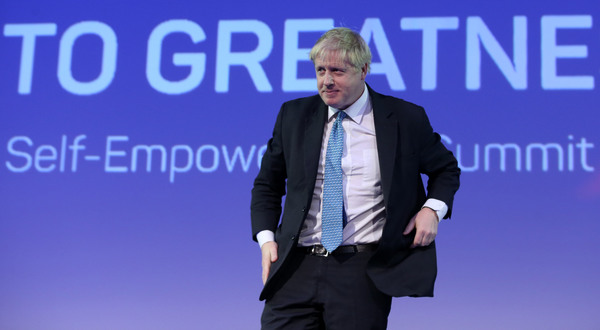 So, it’s Boris. I suppose, if I want to be true to the spirit of Boris Johnson, I should have written two columns on the outcome of the Tory leadership election and not just one.

One for if he wins. One for if he loses. Both claiming with equal and absolute certainty that I knew this would be the outcome.

Instead, I have opted to do it the old-fashioned way and write just the one piece after the result was confirmed.

Today’s selection of Boris Johnson, by a more than two-thirds majority on an almost 90% turnout of the Tory party membership, as the new leader and next prime minister is hardly surprising. At least has not been that surprising since round one of the MPs vote to pick the two final candidates.

His confirmation as Prime Minister of the slowly disuniting Kingdom of Great Britain and parts of Northern Ireland tomorrow afternoon will at the same time, paradoxically, change nothing and everything on Brexit.

END_OF_DOCUMENT_TOKEN_TO_BE_REPLACED

Here is my Broadsheet column from September 5th 2016. This looks at the important and positive role Special Advisers (Spads) can play in government, particularly a partnership one. www.broadsheet.ie/treated-like-interlopers/

This is how the late Maurice Peston (father of ITV’s political editor Robert Peston) responded in the early 1970s when a senior UK civil servant asked him to explain how he saw his role as Roy Hattersley’s newly appointed Special Adviser (Spad).

It was more than just a casual witty remark from the Professor of Economics: it specifically referenced the fears the Department of Prices and Consumer Protection had about having an acknowledged policy expert in their midst and gainsaying their more generalist advice.

END_OF_DOCUMENT_TOKEN_TO_BE_REPLACED 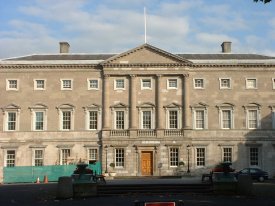 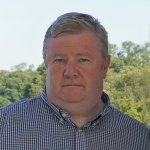 This is my latest article for Broadsheet.ie – available online here: New Politics Explained

What exactly is this “New Politics” we have been reading and hearing about so much lately?

It was the question that should have occurred to me as soon as the Public Relations Institute asked me to participate in a panel discussion they held last Thursday as part of a half day seminar entitled: Public Affairs in the era of ‘New Politics’.

But it didn’t. Like many others, I have been throwing about the phrase “new politics” in the two and a half weeks since the Dáil elected a Taoiseach as if everyone understands what it means.

END_OF_DOCUMENT_TOKEN_TO_BE_REPLACED

Last weekend I ran a poll under PR STV on the excellent www.opavote.org website to select/elect the worst Minister in Government. I closed polling a few minutes ago.

Many thanks to all those who took the time to vote. I ran this poll to see how well the site performed.

Where votes were tied (for an elimination) the one to be eliminated was picked by reference to their first count vote, where they were tied on first count is was by random selection

Interestingly both Michael Noonan and Simon Coveney received zero votes on the first count – which prompts me to shortly run a poll: Who is the best Minister in Cabinet (I may run that poll on a slightly different basis and seek the top three rather than just the one best)